I have luckily already picked a few outstanding races this year which I hadn't tried before.  The last two, including the Viking Obstacle Race a week ago and this one, were both each in just their second events ever. The Bonefrog got a lot of buzz in 2013 because of it's difficult 9 mile course with many hardcore obstacles, and this year introduced the addition of a shorter Sprint course which shared much of the trails and tasks of the longer version.  Though still in early stages of expanding, I expect their reputation to draw many more racers looking for the extreme in toughness for an OCR, as well as cash and unique "trophy" prizes for the top finishers among the elite heats.

1.  COURSE-  The Sprint was listed at 4 miles, but I would bet it had to have run at least 5, as no one was able to come even close to under an hour finish time.  There was pretty much everything you could ask for in an OCR race, and I'm sure the "full" race provided even more!  I didn't get a total count on the obstacles, but I was pleased that there was so much upper body work involved, such as a number of monkey bar/ring crossings and heavy uphill carries, that distinguished this as NOT being a runner's course.  The inclines of these Berkshire Mountains and the many times we had to climb them is also what crushed a lot of speed demons.  Add in some of the coolest water obstacles, like a balance beam log followed by floating dock jumps and a swim in a pretty chilly pond, as well as an always-fun slip and slide, made for a refreshing race (or the opposite for the folks cramping from the fatigue and cold water).  The only minor flaw was that the high number of obstacles made it hard for the race to provide enough volunteers to man all these stations, and some tasks/penalties therefore weren't explained or supervised.  Either way, I saw no one that went through either the long or short course finish with any looks of disappointment.  GRADE = A

2.  FESTIVAL-  A great location for an event like this, and especially with the start and finish lines right at the base lodge of this ski resort. It helped that weather cooperated, but it was nice to see how many racers and spectators hung around for hours after the race, enjoying the natural setting, the sights of the race, and grilled food sold on site. A handful of vendors lined the festival area, including the OCR Gear tent that provided anyone who qualified here for the OCR World Championships, their earned tshirt and drawstring bag.  GRADE = A

3.  SWAG-  Can't do much better than this.  A unique tshirt (which is just as cool on the back), and easily the nicest medal I have taken home from an obstacle race so far, rivaling just about any major marathon swag.  The Mudman did his thing this weekend and was also able to come away with the first place overall "paddle" that went to podium winners.  All in all just a top notch event, and even cooler to have done this race (put on by US Navy SEALs) on Armed Forces Day, May 17.  GRADE = A 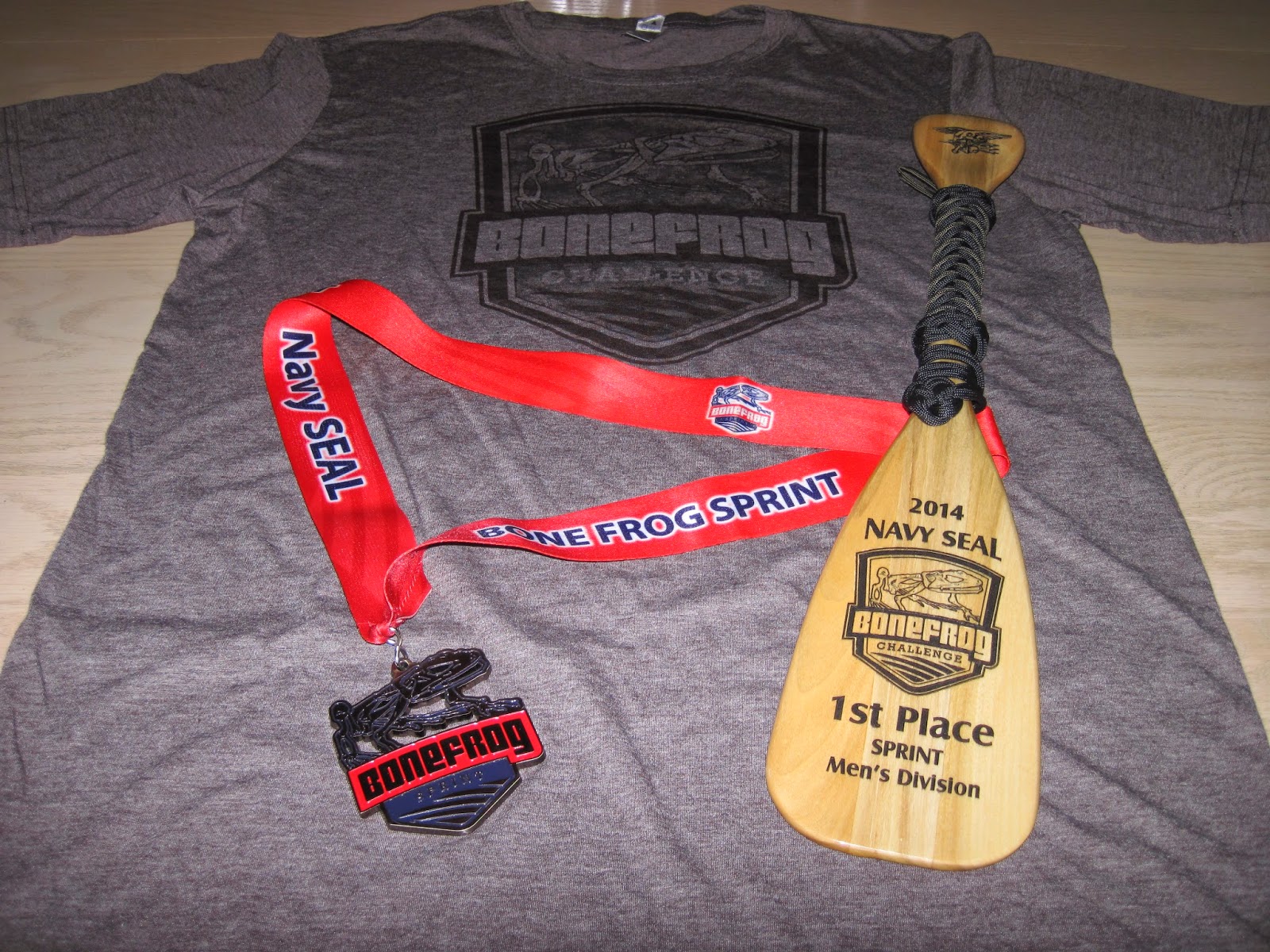 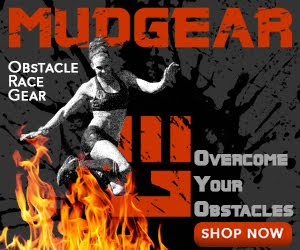